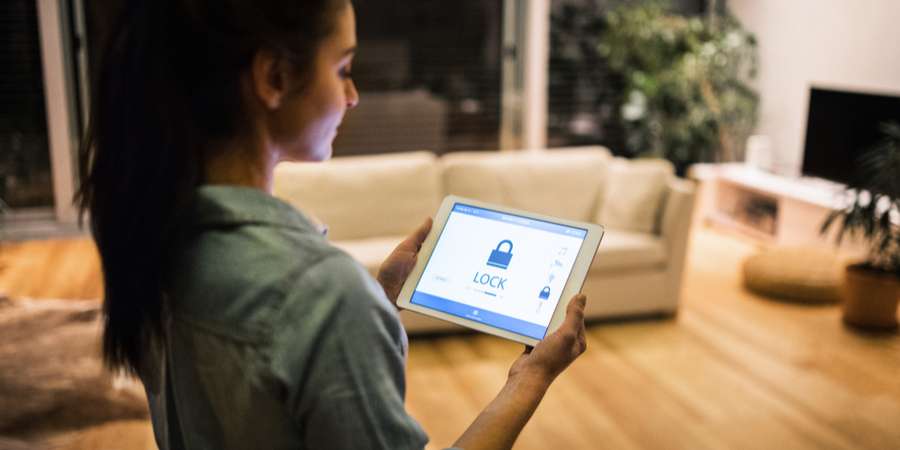 There is plenty of good in the modern world, but let's face it; there is plenty of bad too. News outlets, including those right here in Georgetown, always seem to be covering stories about home invasions that lead to shootings, rapings, and more. The stations also regularly tell tales of burglaries without violence, vandalism, and trespassing. Because of so much stuff going on in their respective communities, many homeowners look for ways to secure their properties.

Georgetown residents that fall into such a category have come to the right place. This article will discuss some security options available to homeowners today, all of which may deter criminals and keep them at bay. Hence, curious parties should read on to learn more.

Burglar alarms that have speakers produce loud sounds. Whenever a criminal decides to pry open a door or window, the unit will go off, and hopefully, send them running for the hills. The noise can also alert a person's neighbors, which is good as they can contact the police. These can be stand-alone models people monitor themselves, or 24/7 monitored systems, controlled by professionals. People that want to feel safe and protected should consider the second option, as it ensures that someone is watching their backs 24 hours per day, 7-days a week, and 365 days per year.

Install Motion-Activated Lights Outside Your Home

Many times, burglars break-in between 10 am and 3 pm when people are less likely to be home. However, that does not mean that they won't strike at night under the cover of darkness. Plus, other criminals, like vandals, may seek to attack when there is no light outside so that they go unnoticed. Motion-activated lights turn on and illuminate yards whenever movement is detected.

Whenever someone is trespassing on your property after dark, the fixtures will reveal their hiding spot. Then, you will be able to see them and contact the authorities. They might become detected by nearby neighbors because of the lights, who can call the police as well. As with the noises from the alarms, these devices may scare away criminals too.

Many former career criminals say they were deterred at some point or another from breaking into places with surveillance equipment, and who can blame them? After all, having their faces or other distinguishing traits captured on video could have landed them behind bars. Today's models have everything Georgetown homeowners could ever want when it comes to features. Most of the devices have apps that allow users to review live feeds and recordings from their smartphones, laptops, or PCs.

Some models have infrared lenses to record at night. Other cameras have pan, tilt, and zoom functionalities that allow homeowners to move them whenever the need arises to catch events at particular angles. Security cameras provide people with peace of mind. They know that if a problem occurs, there will be evidence for the police to follow and identify the suspects.

Don't hesitate to give our office a call to discuss your home security needs.

"NSS took pride in customizing the right products and systems that would help meet our needs without blowing our budget. Their experience and knowledge helped guide our decisions and helped improve our security systems to ensure the hightest level of safety for our guest families, volunteers and staff. Thank you!"

"Another of my vendors referred me to Net Solutions and Security for data cabling, which then grew into many additional improvements over many months. Eric Jackson and Dominic Mastrangelo were amazing partners throughout this process. They introduced me to consider important pieces of infrastructure and this has helped me further develop my own strategic planning, budgeting, and disaster planning."

"I was referred to Net Solutions & Security by a friend and they were great! Dominic came by the next day. He was honest, thorough, and went out of his way to have the system installed quickly. His installation techs, Matt and Carl, were courteous, knowledgeable and fast. I highly recommend them. "

Send us A Message

Let us know what you need and how we can help.

Your Georgetown experts in security solutions.